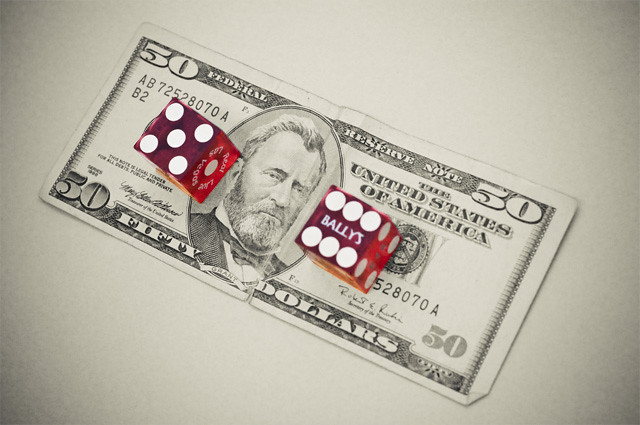 There are a number of slang terms that have been made popular by the game of craps, which uses two dice. Players, or shooters, as it is referred to in the game, must roll the dice in hopes of making certain combinations. However, most notable in craps is that a person does not have to be the one throwing the dice in order to make bets. Observers are allowed to place bets based on what they think the outcome will be of someone else’s throw.

Craps is also a very fast paced game, with each throw taking no more then a few seconds. For this reason, many slang terms have arisen, mostly as a way for gamblers to communicate quickly and efficiently with the dealer, and for the dealer to communicate quickly and efficiently with the players. The most commonly known term is, of course, snake eyes. The term refers to a roll where both dice are showing a one, or ace, and is notorious for being a disastrous throw. Since two aces almost certainly mean losses all round for those gambling, the term sinisterly refers to the two ones as the eyes of a snake.

The term came from the fact that the words seven and eleven sound similar, and during a fast paced game such as craps there is no room for any confusion. Hence, yo-leven was invented as a definite way to distinguish the two words, minimising the chances of misunderstandings occurring. The term is also sometimes used in other gambling games, such as poker, where the term will refer to a gambler wishing to make a bet of eleven. Likewise, other games that use the number eleven for any reason will more often then not take the term yo-leven to indicate the number eleven. 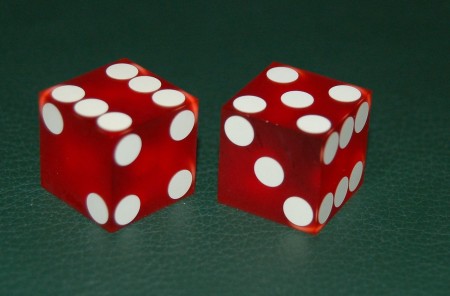 Boxcars is another term used in craps slang. It refers to both dice showing a six, and has the same statistical chance of being rolled as both dice showing a one. The term refers to the fact that the pips on the dice, arranged in rows, resemble the wheels of train boxcars. This term will also be called out by the dealer to inform bet makers of an outcome, and may be called to the dealer to indicate the intention of betting on two sixes. Some other popular craps terms include big red, which refers to the dice rolling a seven, ace-deuce, which refers to a roll of three, and the simple terms bones, which is a reference to the dice themselves. Hence the well known phrase rattle them bones, which refers to the shooter rattling the dice before throwing them.