Italy is world-famous for its tasty pasta. There are exactly hundreds, if not thousands, of pasta choices which could keep you busy every single day of the year without repetition. However, what about snacks?

The truth is that Italians don’t consider snacks in the way that others do. In general, for the traditional Italian, there is no such thing as a snack. This Mediterranean culture believes in a strong meal, with antipasto, primo, secondo as well as dolce.

Even with this in mind, you are still able to find a number of snacks here and there which are just as good as the traditional meals, but in smaller sizes. Here are a number of our favourite Italian poker party snacks.

Arancini di riso which are balls of rice that are filled with a particular filling. The rice ball with its filling inside it is rolled in breadcrumbs and then fried until golden. Arancini di riso is street food of the highest order and as infinitely variable as the fillings that go into them.

The Pastiera is a tart which originated in Naples, It is a small cake which is traditionally enjoyed around Easter. The Pastiera could be hard to find outside the Lenten season, however some local restaurants do make the tart year-round.

This type of tart is made from a very special – as well as old – recipe that includes essence, which is taken from the orange tree blossom, cooked wheat as well as ricotta cheese.

While the Pastiera has a history, which stretches back to the Ancient Roman times, it is reported that the modern Pastiera was invented in a Neapolitan convent. An unknown nun wanted to have a cake, which is the symbol of the Resurrection, with the perfume of orange blossoms that flourished in the convent’s gardens. The story goes that she mixed the wheat with the white ricotta cheese, eggs, citron as well as water fragranced with the smell of the springtime flowers.

A true calzone is a pizza which is folded over so that the topping becomes a filling. The calzone is usually baked. These are smaller, fried, and will work well as antipasti or party food.

Lentil fritters are street food, in other words the sort of thing which one could buy in a friggitoria where they fry this food up to order for the passers-by. They’ll also be an extremely tasty snack or party food and will work well as antipasti or – alternatively – in a platter of mixed fried foods. 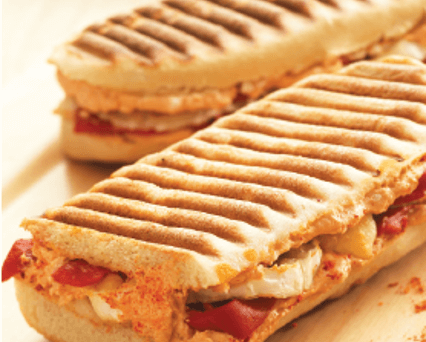 Panini – or panino (singular) – in Italy are sandwiches which are made with ciabatta bread and are ideal for eating while playing https://mobilecasino.my/poker/. This bread is made from wheat flour, water, salt, olive oil as well as yeast. The bread is frequently cut horizontally and filled with deli ingredients, for example prosciutto crudo, prosciutto cotto, salami, cheese, mortadella, or other foods. Sometimes, panini are served warm.

There are dozens of delicious panini, but you can never go wrong with a traditional panino with prosciutto crudo, mozzarella, olive oil, lettuce as well as a warm ciabatta.